I create podcasts with the voluntary, public and cultural sectors

I am a podcast and radio producer based in Newcastle upon Tyne, North East England.

I can help by

Will is brilliant to work with. He brings his extensive expertise and knowledge of podcasting, along with a calm and clear approach. This has been essential for our team who are at the beginning of our podcast journey. Within a short period of time Will has supported us to develop an overarching arc for a 12 month podcast series, led on all technical, recording and sharing aspects, and skillfully helps us to move out of our comfort zone into our podcast learning zone!

Podcasts are places where conversations can breathe.

3. The first questions I always ask my clients

4. Some of my favourite podcasts and why I think they work

What is a podcast?

Podcasts are ‘on demand’ radio entertainment shows that are usually listened to on a mobile device via an app such as Apple Podcasts, Google Podcasts, Spotify and Audible.

Increasingly, they are being used by organisations around the world to lead the conversation in their field, explore and share impact and training, and as an innovative way to engage supporters and beneficiaries.

I really like how the broadcaster, journalist – and now podcaster – Steve Richards describes them: as ‘places where conversations can breathe.’

In my view, ‘podcast’ refers more to the way that audio content is distributed, rather than the content itself. So rather than simply posting audio files on a website, podcasting refers to the process of syndicating audio content to a wide range of ‘podcatching’ apps to make it as widely available and as easy to access as possible.

How popular are podcasts?

The podcast market is still relatively small when compared to other media, but it is expanding … quickly.

According to OFCOM, in the five years between 2013 and 2018, the number of people aged 15+ listening to podcasts almost doubled: from 3.2 million to 5.9 million each week.

And then, the curve sharply steepened. Between 2018 and 2019 podcast listens grew by 58%, and the numbers continue to grow rapidly.

Those who already listen to podcasts are listening more. In the same OFCOM survey, two thirds of listeners said that they listened to more podcasts now than when they first started.

So if you want to become part of the podcast-producing world, now is a very good time to get involved!

OFCOM sums it up in their report: “Podcasts are heterogenous; the range of organisations publishing podcasts, their genres, business models and production schedules are all very broad.”

What’s important in podcasting is not necessarily how big your audience is – although big audiences are no bad thing! – it’s who your audience is. That’s why podcasts have become a very popular way for people and organisations to raise awareness, share impact and learning, and not just engage, but interact with the people they work with.

2. My Radio and Podcast Portfolio 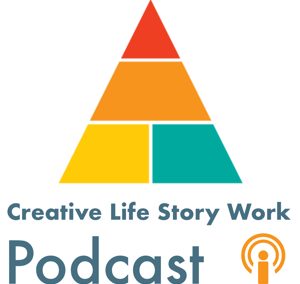 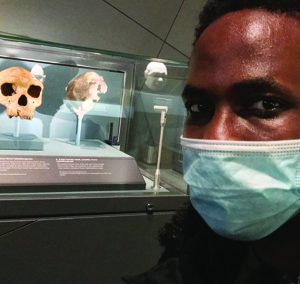 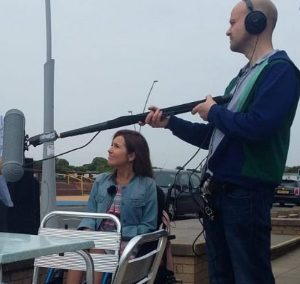 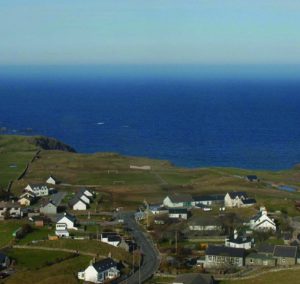 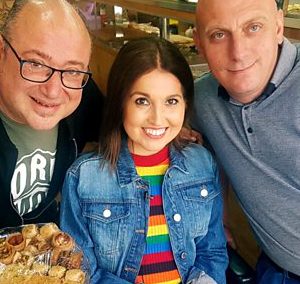 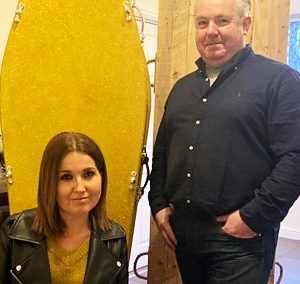 3. The first questions I always ask my clients

Who is your audience?

I believe that in podcasting, the size of your audience is less important than who your audience is. For example, a podcast about an area of public policy might have far more impact if it listened to by 100 senior leaders from public services, than if it gets a general audience of 1000.

Determining your audience will also guide you on how you reach them. It will determine the key words you use to help people find your podcast. It will inform the design of your website and it will guide where you tell people about your show.

How frequently will you release a show?

Podcasts tend to be released either weekly or monthly – and sometimes fortnightly. Deciding a routine for your show’s release dates, and regularly mentioning this, means audiences will know in advance when a show is coming, and go looking for it if their app doesn’t notify them.

I ask clients to consider carefully what they can commit to. Weekly podcasts have the advantage of building momentum, but are more expensive and can be a drain on capacity. Monthly podcasts are an easier commitment to make, but it is harder to build an audience due to the gaps between shows. That said, there are some very successful monthly podcasts out there, such as Irish Passport provided in the examples below.

Furthermore, you will need to decide if your show is either ‘series based’ or ‘ongoing’.

Will it be released in distinct and contained ‘seasons’ (with potentially large gaps in between) or will it be ongoing with no specific end point? One thing to avoid is the regular phenomenon of podcasts just fizzling out. Commit to a series of at least a few shows.

A ‘series’ based approach allows you to create all the content before releasing it, if you wish. For example, you might produce all your episodes, then focus entirely on promoting the show as it’s being released gradually over several weeks.

If your podcast is not time-sensitive – in other words, if it does not require reactions to contemporaneous events – I advise clients to think about ‘banking’ shows; building a repository of content that can be released if there are problems with recording keeping pace with show schedules.

How much do you want to do yourself?

One of the most attractive things about podcasting is that it is possible for people to do all – or at least a large part of it- themselves. This can help to build the show’s sustainability.

A half-decent microphone, a computer with an internet connection… and knowing what to do with them, and you’re pretty much good to go.

I get involved in podcast production in multiple ways, ranging from producing, recording and mixing the entire thing – including responsibility for securing guests – to simply helping with the edit or mix; or in some cases recording and editing the show for a client, whilst leaving the arranging of guests to them.

I also provide training for people and organisations that want to do DIY podcasting, and then be on hand afterwards with any assistance that is required.

I find that the most common challenges people encounter are

4. Some of my favourite podcasts, and why I think they work. Revolutions: (weekly, with breaks between seasons)

As the name suggests, this is a podcast about world revolutions throughout history. Presented by Mike Duncan, it follows a very simple format, with him reading self-scripted content each episode. Each series focuses on a different revolution, starting with the English Revolution (or Civil War) in the 17th Century and finishing with the Russian Revolution of the early 20th. The show finished in 2022.

Duncan is a best-selling author of history books, and he uses his podcast as a ‘soft marketing’ platform for his work. For example, he has had (successful) campaigns to get his latest book into the New York Times Best Seller list by appealing directly to his listenership. He uses the podcast to ‘tease’ extracts from his books.

It is rare that he asks directly for monetary assistance (e.g. you can’t support him on Patreon) but he has had ‘podcast fundraisers’ in the past – one-off crowd funding events with limited durations. Key to Duncan’s success is his personality. He has a friendly and often dryly humorous way of delivering his shows.

Other indications of how the show was built entirely around Duncan himself, includes his advertising format. Rather than use DAI (Dynamic Ad Insertion) where adverts are automatically inserted into the show, most of Duncan’s content is sponsored by specific brands that Duncan advertises personally.

Revolutions was usually weekly, though there could be gaps if Duncan became too busy. In such an event, he’d usually provide personal updates to explain any delays which again is something which only really worked (in my view) because the show was him, and he was the show.

This is the weekly ‘radio show’ of the Planetary Society, based in California USA. Founded by Carl Sagan, it is the largest non-profit space organisation in the world.

Planetary Radio is an example of a podcast that follows a set format. At the time of writing, each show begins with a roundup of latest space-related news; then it moves into a feature segment which is usually an interview with someone from the sector. Every episode concludes with ‘What’s Up’ where the society’s chief scientist talks about what can currently be seen in the night sky. The format is simple, but effective, not least because it provides a familiar routine format which audiences enjoy.

Interestingly, for a short while Planetary Radio did attempt to introduce sponsorships to their shows, but audience feedback led them to quickly drop it.

I think Planetary Radio aims to make listeners feel they “belong” to a community of space-lovers. By doing so, they encourage people to sign up for membership, which is the organisation’s main income stream. And membership is unobtrusively but frequently plugged throughout the show.

In addition to the main weekly show, a monthly feature – called “Space Policy Edition”, focuses on – mainly US Federal – government space policy, NASA and the commercial operators like Space X. This is an example of how a single RSS feed can be repurposed to carry content for varying yet intersecting audiences. The show is about… well, sound (twenty thousand hertz being the approximate upper limit of human hearing). It is a fantastically simple concept that acts as a broader soft marketing tool for Defacto’s broader work. Adverts are read by Dallas himself. Paying a small monthly subscription via the show’s website provides supporters with ad-free podcasts and additional content – the staple podcast offer. Presented by a journalist and an academic (who simply introduce themselves as ‘friends’), Irish Passport is a monthly show that explores Irish culture, history and politics.

A lot of their content is scripted (similar to Revolutions, see above), however the key difference is that there are two presenters, rather than one. The podcast relies on and benefits from the familiarity they have with each other and their welcoming and friendly style. They also will sometimes include interviews with others to broaden out the content.

Irish Passport is a good example of one of the most common ways that podcasts generate income. A free show is released on their RSS stream, but they promote their Patreon offer each episode – which provides more in-depth content for their supporters.

There are numerous ways I can support you and your show. If you don’t see an option below that fits your needs, I’d be delighted to discuss which tailored options would work for you.